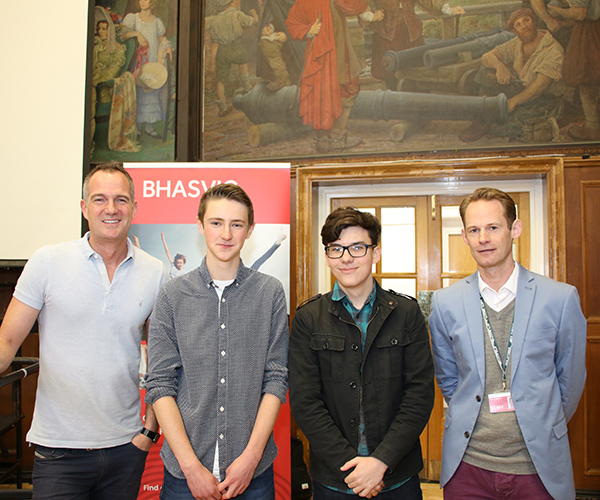 Lowering the voting age from 18 to 16 was the focus of debate during MP Peter Kyle's talk to BHASVIC students as part of Democracy Week in colleges. The Association of Colleges and NUS led Fair Vots  campaign to lower the voting age has been welcomed by Peter Kyle, who said: “The significance about the FE sector weighing in so comprehensively into this debate is that it gives structure and organisation to the voice and passion that is out there among young people themselves”. The campaign is supporting a private member’s bill brought by Labour MP Peter Kyle that has cross-party support. It proposes lowering the voting age to 16, automatically adding 16- to 24-year-olds to the voting register and using educational establishments as polling stations. It is co-signed by Conservative MP and former education secretary Nicky Morgan, along with Liberal Democrat MP and former minister Norman Lamb, among others. Other high-profile supporters of the voting age being reduced include former education secretary Justine Greening and the former chancellor, George Osborne.

Although 16-year-olds in England can get married, work, pay taxes and serve in the armed forces, they are not yet allowed to vote in any elections. In Scotland, 16- and 17-year-olds are allowed to vote in Scottish elections, and the Welsh government recently announced plans to allow young people aged 16-17 to vote in council elections. However, the minimum age for voting in a UK general election remains 18.