Genderation BHASVIC - a conference on gender

On Monday 9th July around 250 first year students from BHASVIC and other local sixth form colleges attended Genderation – a conference on gender supported by the Institute of Physics. The audience were entertained and informed by speakers including Sophie Cook, John Adams, author of dadbloguk;  Liam Kirnan, founder of not for profit company Mengage; Jessica Woodfall, from the campaign No More Page 3  and BHASVIC alumni Hollie Heard and Joel O’Donoghue both of whom have jobs where equal gender representation is an issue. Students were also able to attend workshops focusing on a range of gender topics run by University of Sussex Student’s Union, Equaliteach, TIGER, Allsorts and the Institute of Physics. 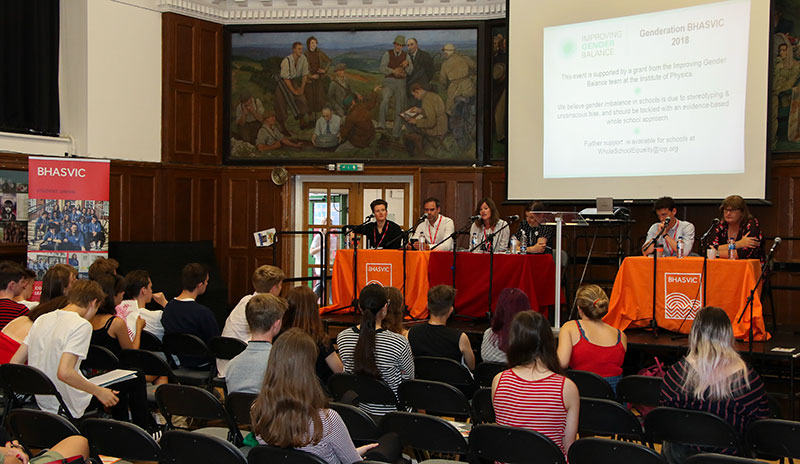