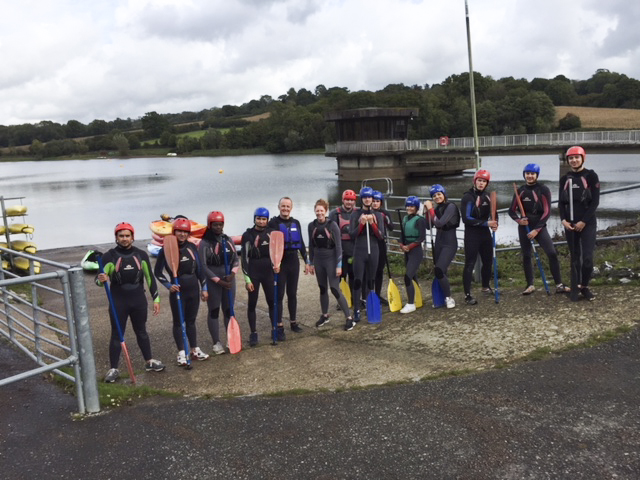 Our Business BTEC Diploma students all recently had the opportunity to demonstrate and assess their team building and team leadership skills at Ardingly Activity Centre. Their task was to work in teams of four to build a raft with limited given resources that would float and carry all team members.Their aim was to build a raft that would carry all team members and allow them to row around a set course the fastest. The students then used various team development and leadership theories to identify and assess their team, team members’ and team leaders’ performance and strengths when completing this fun activity as part of their coursework.

The students worked in 3 teams and were also joined by some ESOL students who provided additional ideas and labour. Each team’s raft was named after observing the team’s performance. HMS Princess won the event, despite the team’s unending politeness which slowed down decision making. HMS Geezer’s team built a superb raft under the command of Finlay Whelan, but fell apart (literally) on the water because of a lack of planning and communication. HMS Somewhere’s team focussed on speed rather than reliability when building their raft which only allowed half of their crew to remain on board to complete the race. Some useful skills and lessons were learned by all, and some useful evidence for coursework and future applications was gained.