BHASVIC teams won a variety of awards at the Young Enterprise Area Finals in April. The company EKey won the Best Product award (see photo below) with their solar powered phone chargers. Splash developed a fruit infused water bottle and won the award for Best Report and for Best Governance. BHASVegan created a vegan recipe book and were highly commended by the judges for their professional presentation, and Mobilize impressed with their branded phone accessories.

This is BHASVIC’s second year in the competition and, although a BHASVIC team didn’t win the area final award again, we again won multiple category awards as mentioned above. BHASVIC was one of only two state providers taking part in the competition and for the second year running were the only state provider to win awards. Tim Griffin, Teacher of Economics and Young Enterprise said: "Special thanks should go to the companies’ business advisors who put in a great deal of time and effort: Ben Collier from Ocasta and Phil Roberts". 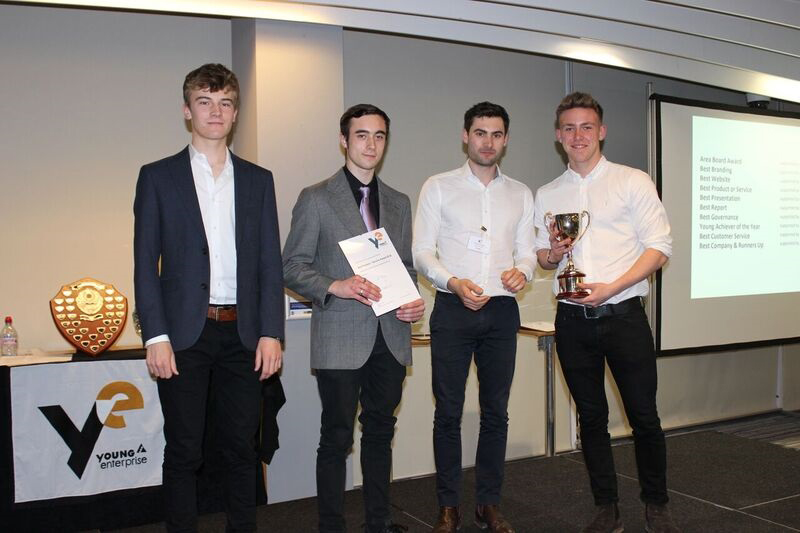