BHASVIC student, Amber Anning from Hove is ranked 12th in the World indoors over 200m in the U20 Women's age group. Congratulations to Amber for winning a Bronze medal at the Senior British Indoor Athletics Championships in Birmingham this February in the 200m. It is a wonderful achievement as at just 17 she was the youngest athlete to reach the final. She won her heat and was second in her semi before coming third in the final behind two athletes who are going to the Commonwealth Games. Each of her races was sub 24 seconds, which indoors is amazing. She is ranked 18th in the World for Juniors (Under 20 athletes) and is UK no. 1 and European No. 3. Photo of Amber (left) with the other medal winners. She ran faster in her semi with a 23.83 and a 23.85 heat. 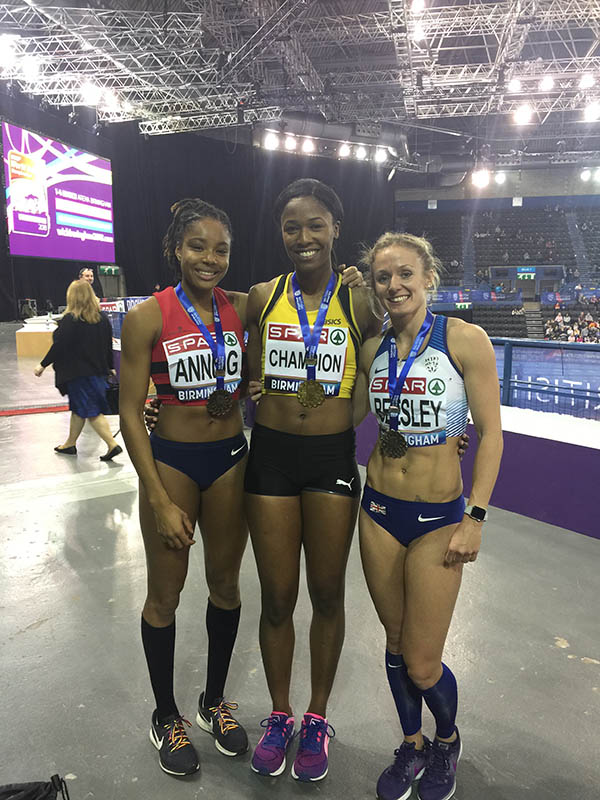