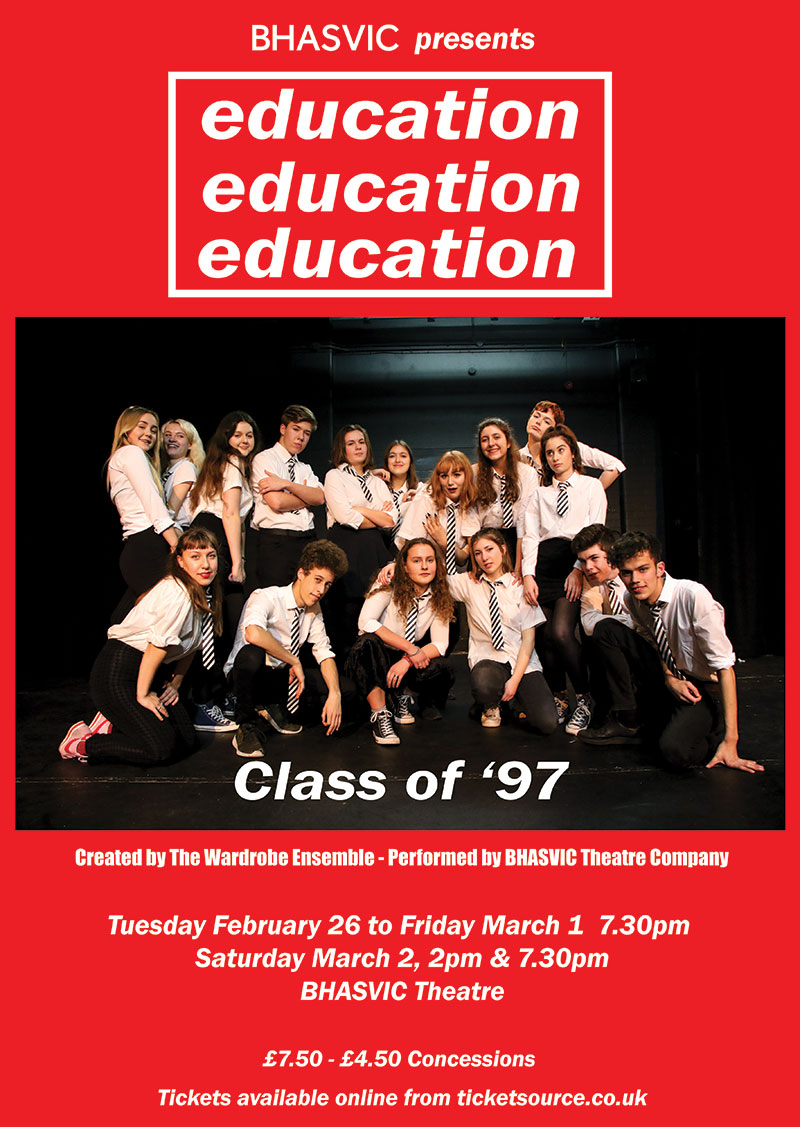 It’s May 1997. Tony Blair has won the election and Katrina and the Waves have won Eurovision. Channel 6 is a month old. No one knows who Harry Potter is. Britain is the coolest place in the world.

At the local secondary school it’s a different story. Miss Belltop-Doyle can’t control her Year 10s, Mr Pashley has been put in charge of a confiscated Tamagotchi, and Miss Turner is hoping that this muck-up day goes smoother than the last. Tobias, the German language assistant, watches on. Things can only get better.

Inventively theatrical and irreverently funny, Education, Education, Education was co-produced with Royal & Derngate, Northampton, and Shoreditch Town Hall. It premiered at the Edinburgh Festival Fringe in 2017, where it won a Fringe First Award, before touring the UK.

‘A great mix of energy, chaos and passion’ The Times