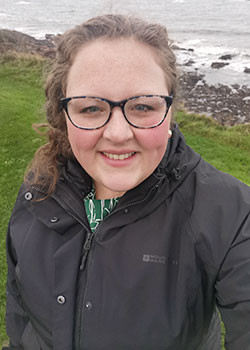 I took my GCSEs at St Mary's Hall and then attended BHASVIC between 2001 and 2003 studying English Literature, Early Modern History, Government and Politics and Geography A-Levels and Classical Civilisations AS. I absolutely loved my time at college, meeting and making lifelong friends, benefitting from the best teaching I've ever had as well as opportunities that have shaped my perspective on the world and career choices since. Fresh in my mind still is going with a large group from college on the historic Anti Iraq War march in London. I then went with college friends to sit in the gallery at the House of Commons to listen to the debate and to the party political conferences in Brighton and 10 Downing Street with other politics students arranged by the Politics department. I also loved doing loads of extracurricular music at BHASVIC and going to Rome and Pompeii on the Classics trip. I was also lucky to be given a travel grant by BHASVIC to visit the US to learn more about American politics. In 2003 I went to Newnham College, University of Cambridge to study Theology and Religious Studies. I had an absolutely brilliant three years, I did a lot of Theatre and music outside of my studies, touring with a production around Europe and performing at the beautiful clifftop Minack Theatre in Cornwall. I left University keen to 'make a difference' and did a brilliant internship with the British Youth Council which helped me onto a career path in policy and media communications. Over the years I've worked for charities such as UNICEF UK and YoungMinds raising the profile of children's rights, child poverty, mental health and education in Parliament and with the media. I also spent two years in 2011-12 on the Teach First programme, gaining my PGCE and QTS and teaching secondary school humanities in London. I am currently raising my two wonderful kids full time, the most tiring and rewarding job yet!