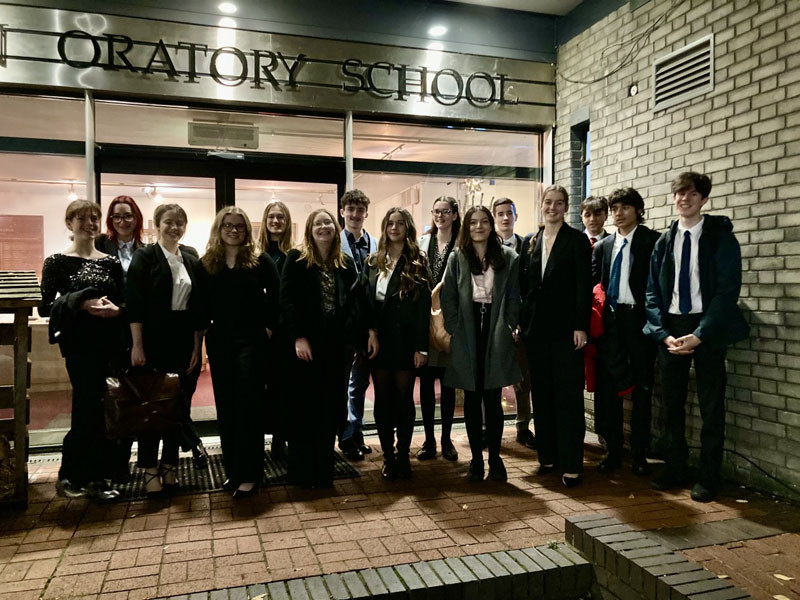 The Model United Nations conference at the London Oratory School was a day of lobbying, public speaking and extraordinary feats of confidence from mostly beginner delegates. Negotiating resolutions on a range of issues from human rights abuses in Belarus to setting the rules for engagement in space, students from BHASVIC and schools across the country (including a delegation from Aberdeen) took part in current and fast-paced debate. Louise Brown took home a commendation for Ireland in the Security Council committee. Ollie Dean received best delegate for his committee as Lebanon, going so far as to take to the podium in the final General Assembly to argue his case for the introduction of a democratically-elected government in Venezuela.