Our first year chemistry students have been learning about basic organic chemistry this week, so in this week’s Chemistry Society session we have made an ester – ethyl benzoate, as an illustration of the ester functional group. Some students may have come across esters before if they took triple award science at GCSE. We carried this out in microscale as a way of controlling the quantities of any materials that carry a risk, such as sulfuric acid.

The reaction involves the Fischer Esterification which is covered in more depth specifically in the second year. Click here for a video outlining some of the background chemistry and its links to a range of A level chemistry topics studied over the two year course. 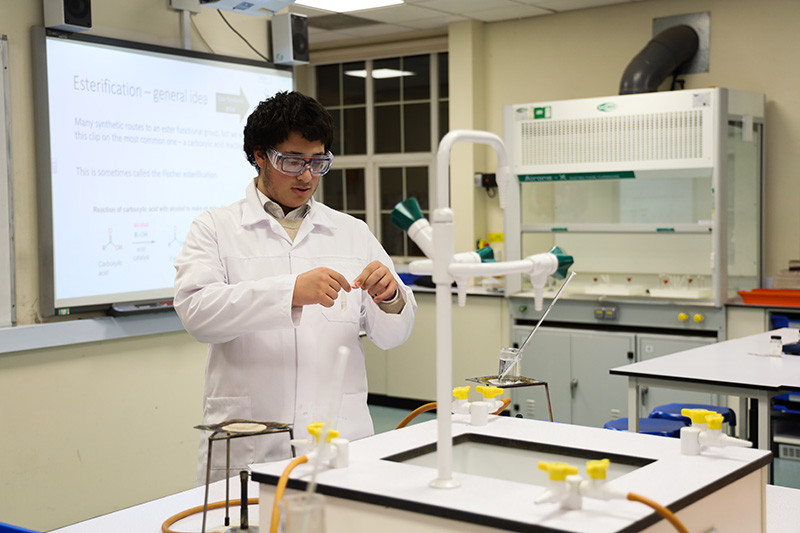 George makes sure the two halves of his shortened plastic pipette (the reaction vessel) fit together before collecting his reagents from the fume hood in the background. 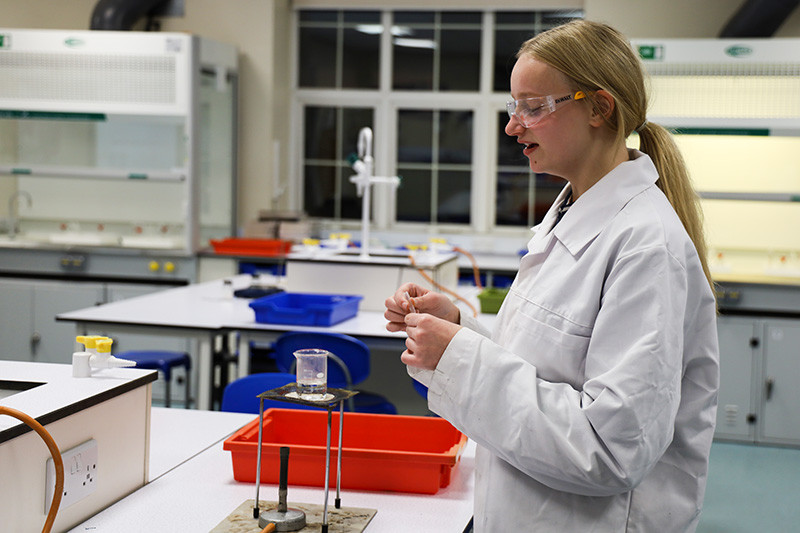 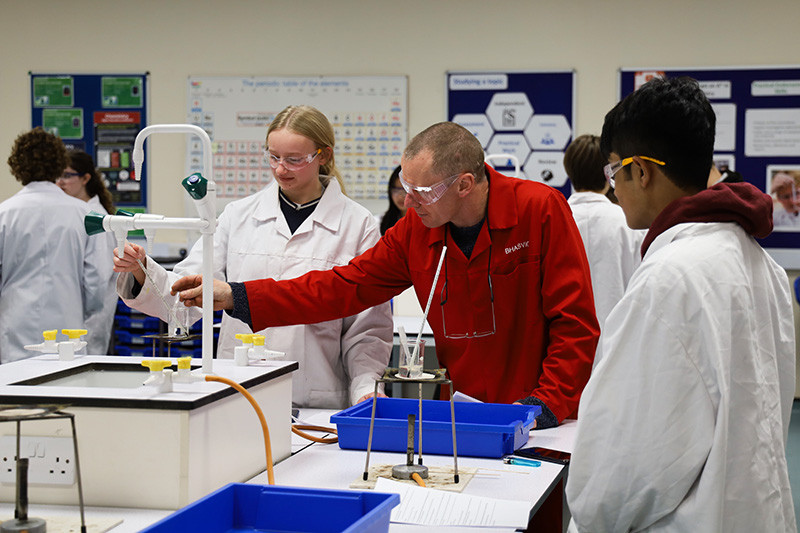 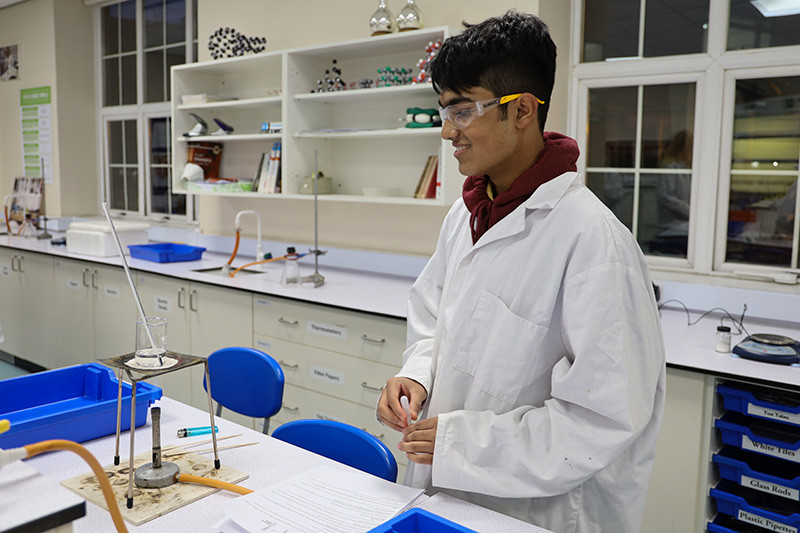 Aryan checks the temperature of his water bath.