Congratulations to Annelise Furniss who was highly commended for her screenplay 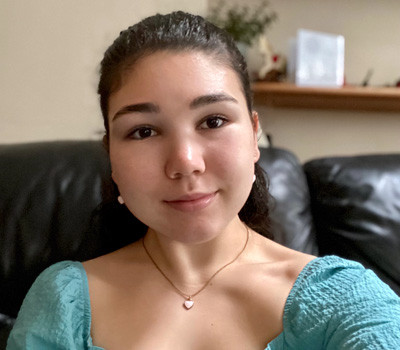 Congratulations to Annelise Furniss who was highly commended for her screenplay 'Birdsong'. She submitted her screenplay to The Moving Image Awards which are open to anyone studying WJEC Film or Media. Annelise said: "I submitted my screenplay, ‘Birdsong’, into the Best Screenplay category. ‘Birdsong’ is a short-film screenplay that I initially wrote for my A1 Film Studies class at BHASVIC. It’s a sci-fantasy about a young girl living in a not-so-distant dystopian future where her only access to nature and true ‘life’ as we know it is through the pages of an old book.

‘Birdsong’ initially received the highest grade out of any submission in A1 at BHASVIC so when my A2 Film teacher, Sara Furse suggested applying for the Moving Image Awards, I thought it was worth a shot.

"I am looking forward to attending the virtual awards ceremony via Zoom on the 17 February."