David Cooke former Director of the BBFC visited BHASVIC on Wednesday 2 March. He showed some clips of difficult film classification issues from his time at the BBFC followed by Q&As from Media students. David was involved in classifying the first Hunger Games game plus several Harry Potter and James Bond films, including also some controversial video games. David Cooke was the Director of the British Board of Film Classification from 2004 to 2016. Before that he worked in drug misuse, asylum, broadcasting policy and the Northern Ireland peace process. He is currently a Visiting Professor at University College, London, and a Non-Executive Director for the Information Commissioner. 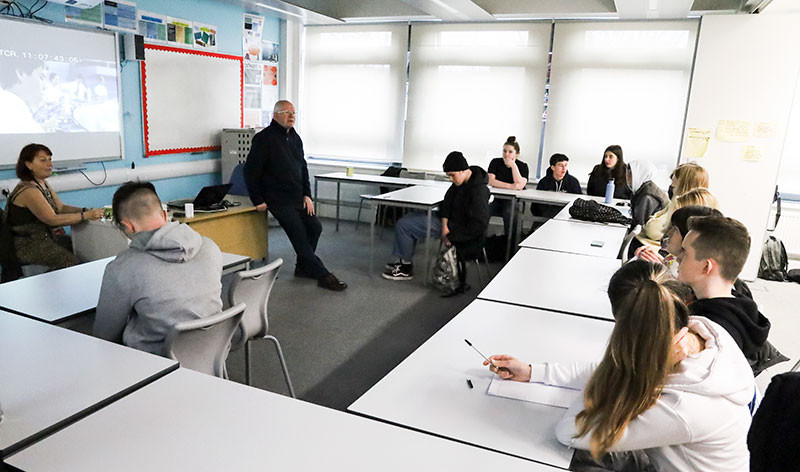