BHASVIC was delighted to have had the opportunity to meet with Mims Davies MP for Mid Sussex (Parliamentary Undersecretary to the Department of Work and Pensions). She spent considerable time sharing with students her route into politics from her pre-MP days dealing with local concerns, before becoming an MP in 2015 and moving from assistant whip to Parliamentary Undersecretary, which was very useful to those who wish to get involved in politics. Mims Davies also explained current government policies to the students present, including defending recent proposals to introduce a compulsory maths course to all students over 16. She even provided a physical copy of recent legislation on the environment to demonstrate how an MP can amend and change legislation.  Finally, she discussed local issues and concerns in her constituency, focusing on the development of housing and leisure facilities. 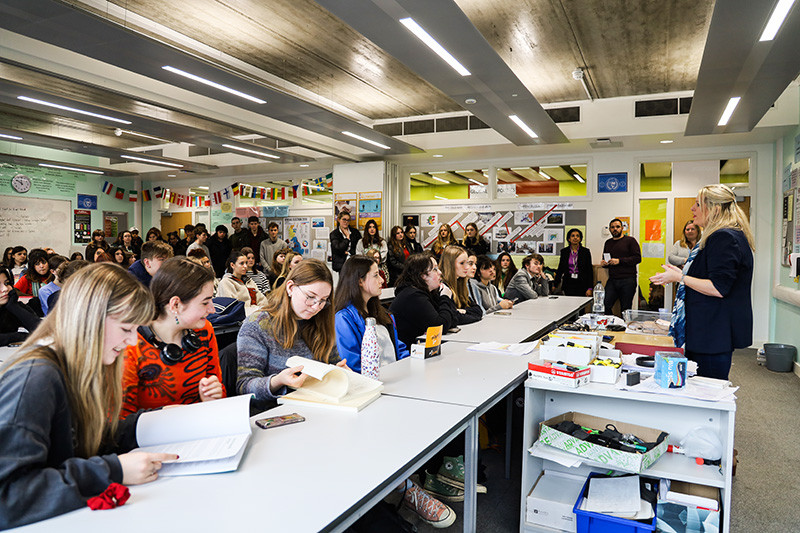