In December our ChemSoc (Chemistry Society) created silver fractals based on two historic ideas – one from Germany and the other from France. The reduction of the silver complex Ag(NH3)2+ to silver metal by making ammoniacal silver nitrate in situ and then providing an electron either chemically or via an electric current. Commonly called Tollen’s reagent (as devised by German chemist Bernard Tollen), this is used to test for the presence of the C=O bond in aldehydes and ketones by oxidising them (removal of an electron) and is a fundamental part of A Level organic chemistry in the second year.

However in this case such carbonyl compounds are not involved; it is electrolysed instead, which provides the electrons via a current to facilitate the reduction from the +1 oxidation state in the silver complex in Tollen’s Reagent to oxidation state zero in the uncombined metallic silver (Ag+(aq) + e- → Ag(s)). As it is formed, the silver creeps across the surface of the liquid from one electrode to the other, forming dramatic geometrical shapes called fractals as it does so. The electrode must just touch the surface of the liquid for this effect to be seen.

The concept of fractals was first put forward by French mathematician Benôit Mandelbrot in 1967 whilst undertaking a survey of the UK coastline. Found in a range of natural phenomena such as snowflakes, tree branching and astronomical events in space, it is thought that fractals provide repetitive geometrical representations of apparently chaotic and random events in nature. See below for some photos of typical fractal events, and further down our current students preparing their Tollen’s reagent and then electrolysing it to create the fractals. 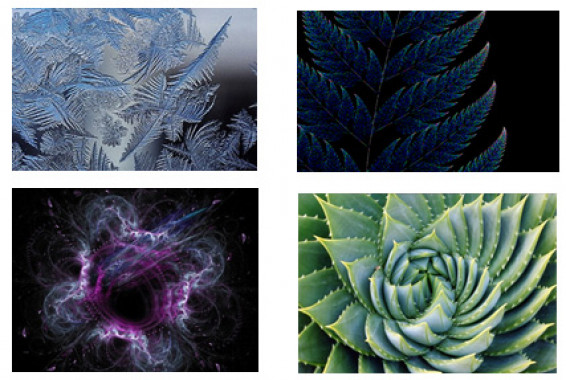 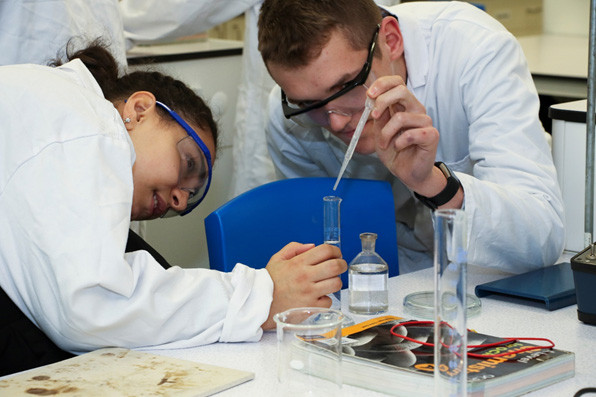 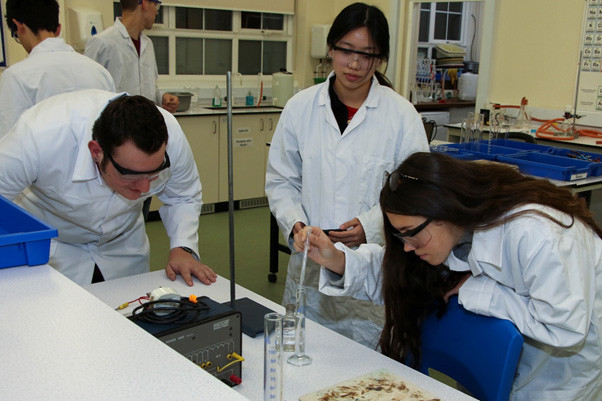 Toby, Yilling and Amber check each other’s precision before connecting the electrodes up! Everything has to be added carefully in the right order. 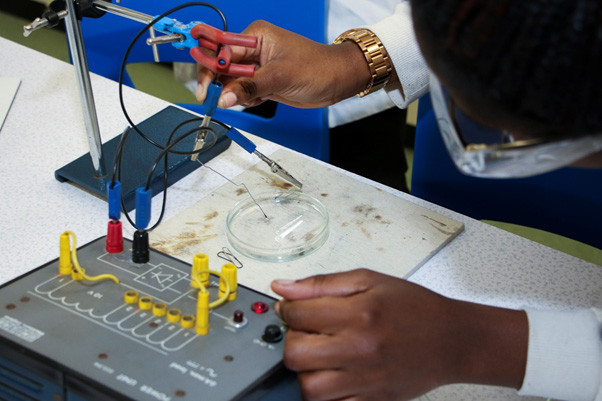 As she touches the negative electrode to the surface of the Tollen’s reagent, Love sees her fractals start to form immediately and spread outwards. 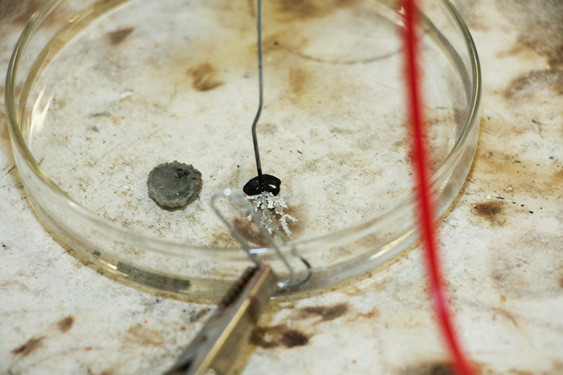 A closeup of the fractals shows the leaf-like shapes they form. The grey and black material is where the silver becomes silver oxide instead. 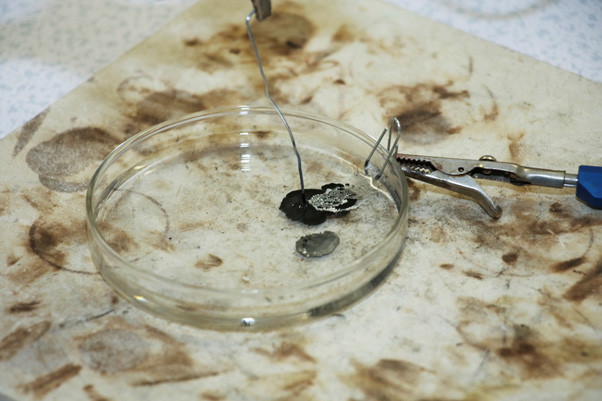 Here the fractals have been left for a while. You can see how the silver formation migrates from one electrode (negative on the left-hand paperclip) to another (positive on the right-hand paperclip attached to the side of the Petri dish)