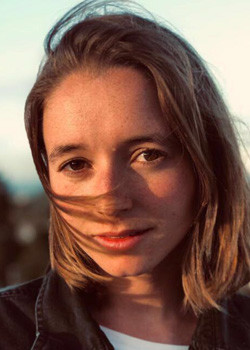 Daisy Squires went to Blatchington Mill secondary school before studying Politics, Psychology and Biology at A level (Chemistry and French AS levels) at BHASVIC. She then went on to read Social Anthropology at LSE. In her final year she gained a research grant to carry out ethnographic research in a textile factory in Nepal, where she transformed her report into a short form documentary. She was inspired to learn more about the documentary industry so she decided to intern for a London based production company working on Oscar winning documentaries. After gaining a First in her degree, Daisy was driven by her love for the visual representation of stories and moved to New York to do an internship for a documentary production company producing PBS Frontline films. Subsequently, Daisy moved back to London and began working as a researcher on various BBC documentaries before becoming an AP on a BAFTA and Emmy award winning documentary called Exodus. Since then, she has worked as a Producer on several documentaries spanning numerous topics taking her far and wide from Kurdish detainment camps in Syria to backstreet abortion clinics in Venezuela. Daisy is currently making the jump to directing her own films. She has recently set up a female run production company called Isosceles Production who have produced their latest film called Teranga: We Dance to Forget, which tells the story of two Gambian asylum seekers living in Naples who find solace from the impenetrable immigration system in a migrant run nightclub.