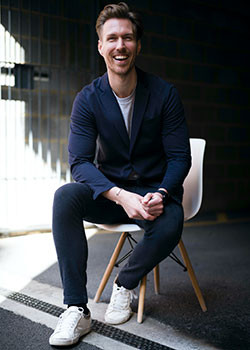 Lee Reynolds is a conductor working with orchestras and opera companies across Europe. He grew up in Lewes, and after GCSEs at Priory School, chose BHASVIC's bustling atmosphere and reputation for excellence for A-Levels in Music, Law, English Literature and Psychology, before going on to a Bachelor of Music degree at the University of Surrey. He is now the Associate Conductor of the National Youth Orchestra of Great Britain, and a regular guest conductor with most of the UK's major symphony orchestras. In opera, he has recently conducted at Glyndebourne, The Royal Opera House Linbury Theatre, Opéra de Monte Carlo and Nederlandse Reisopera, and in the studio has made recordings of Ravel, Chopin, Barber, Britten, Stravinsky and dozens of contemporary works, as well as soundtracks for films and video games.