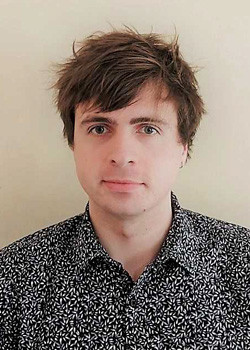 Journalist at the New Statesman

I started at BHASVIC in 2010 after doing my GCSEs at Blatchington Mill.Back then you had the option to drop a subject after one year - so in my first year I studied Geography, Politics, Biology and Chemistry, but dropped Geography at A2 level.
During my second year I started a music and culture website with some classmates - which is where my interest in journalism may have stemmed from.
I actually missed my predicted grades (apart from in Politics - thank you Neil, Jess and Dave) but that didn't matter as my first choice of university - Exeter - decided to uphold my offer with an A (Politics), A (Biology), and B (Chemisty).
The BA Politics course there was great - it offered me a study abroad year in Istanbul which I would totally recommend to anyone interested.
After graduating in 2016 I moved back to Brighton, and started working at the local TV station part time while pulling nights at the Co-op (the station didn't pay very well on its own).
With a colleague there I set up a social media local news initiative called Witness which broke down local stories into short shareable videos. We grew quickly and it helped him land a job at the Argus and me land a masters course in journalism at City University of London.
I graduated there in 2018 - having learned some coding skills - and have since worked at the Mirror group, and now at the New Statesman group as a journalist focusing mainly on data-driven stories.