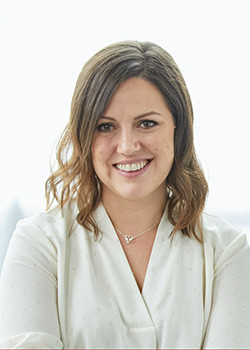 Director of Communications at DeepMind

I came to BHASVIC from Dorothy Stringer school. For my A-levels, I studied Government & Politics, English Literature, History and Psychology. I really clicked with my subjects and enjoyed the more informal teaching and the opportunity to debate and discuss. My passion for my subjects started to be reflected in my grades and I really credit BHASVIC with encouraging me to apply to Cambridge University and supporting me in that process. I studied politics at Churchill College, Cambridge, and ended up immersed in student journalism. To pursue that interest, I studied Newspaper Journalism in London after graduating. I worked at the Press Association and at Sky News, culminating in a stint as a political reporter. In an effort to deepen my knowledge of technology and business, I took a media relations role at a tech startup, fully intending to return to news reporting - but found communications and management a better fit. I later became Snapchat's first European comms hire and I'm now director of communications at DeepMind, an Artificial Intelligence research organisation that's part of the Google/Alphabet family.